Weekend with Hemingway in Madrid

Day 1: Hemingway in Madrid To begin your weekend with Hemingway, we’ll get you to Madrid by AVE in the morning. Check in at your hotel and join your guide right after lunch for your first visit: Death in the […]
3 days
All Months

To begin your weekend with Hemingway, we’ll get you to Madrid by AVE in the morning. Check in at your hotel and join your guide right after lunch for your first visit:

Death in the afternoon quote: “Madrid is a strange place anyway. I do not believe anyone likes it much when he first goes there. It has none of the look that you expect of Spain… Yet when you get to know it, it is the most Spanish of all cities, the best to live in, the finest people, and month in and month out the finest climate. While other big cities are all very representative of the province they are in, they are either Andalucian, Catalan, Basque, Aragonese, or otherwise provincial. It is in Madrid only that you get the essence… It makes you feel very badly, all question of immortality aside, to know that you will have to die and never see it again”

Hemingway discovered Madrid in the 1920’s under the advice of Gertrude Stein. During his visits he was attracted to bullfighting which he described as “War in Times of Peace”… He also fell in love with the Prado Museum and Madrid’s night life. From this period he wrote his best seller novel “The Sun Also Rises”, which ends in Madrid’s famous restaurant Botín.

In the 30´s he returned to Madrid as a war correspondent working for NANA ( An American newspaper Syndicate). That’s when our guide’s father, Henry Buckley, got to know him. He stayed at the Hotel Florida, and sent his stories from the skyscraper, the iconic Telefonica building. Close to it is the famous and still running cocktail bar Chicote.

We shall meet at Cervecería Alemana in Plaza de Santa Ana, one of Hemingway’s favourite bars to make a general introduction to this experience with a cup of coffee. Then we will visit the famous restaurant Botín where he places the last Chapter of “The Sun Also Rises”. Our third chapter is Madrid in war time, visiting what used to be the Hotel Florida roof top to explain the siege of Madrid by General Franco’s troops.

From there we will visit the Telefonica building, the telephone exchange from where Hemingway and the rest of foreign correspondent would send their war chronicles. To end our tour we’ll visit the famous bar Chicote to read one of his most famous short stories, the “Denunciation” while we have a beer.

Day 2: Hemingway in the Guadarramas

Breakfast at your hotel before beginning the next day of your weekend with Hemingway.

Up in the Guadarrama mountains 40 miles north of Madrid, Hemingway sets his dramatic novel “For Whom the Bell Tolls”. As a journalist during the Spanish Civil War, Hemingway covered the short-lived attack on Segovia and fashioned his hero Robert Jordan, an American who had joined the International Brigades. His mission was to blow up a bridge in order to block the counter attack of Franco’s forces. For years our guide had followed Robert Jordan’s footsteps to the bridge he was ordered to blow, but had failed to ﬁnd the cave where Jordan and his men prepared for their attack. Hemingway probably spotted the cave in the topographical maps he was using in Idaho to write his story.

Our trek over the Guadarramas will begin in the Navacerrada mountain pass from where Robert Jordan set oﬀ to locate the bridge he had been ordered to destroy. Following the beautiful Eresma valley we will climb above the town of Valsaín to the Monk’s Cave where Hemingway sets his story. From there we trek to Franco’s bunker, trenches and defense line which s;ll stand today. Then down to the town of Valsaín where our van will pick us up. 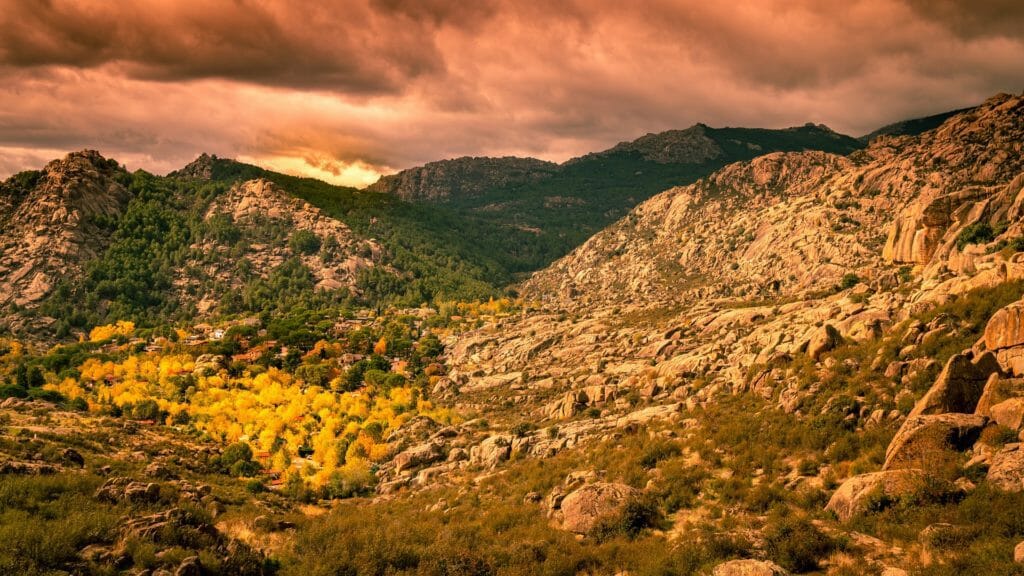 Enjoy the morning on your own with Prado tickets.  If you have time, try to make it to the Rastro flea market. This lively market is a Sunday tradition in Madrid. Just after lunch, your driver will take you to the train station to catch the AVE back home.

Reserve your weekend with Hemingway!

Price per person based on group of 4 people.

Weekend with Hemingway in Madrid
Manage Cookie Consent
To provide the best experiences, we use technologies like cookies to store and/or access device information. Consenting to these technologies will allow us to process data such as browsing behavior or unique IDs on this site. Not consenting or withdrawing consent, may adversely affect certain features and functions.
Manage options Manage services Manage vendors Read more about these purposes
View preferences
{title} {title} {title}