Day 1 – SEVILLA TOUR We’ll have a driver to take you to the airport. Catch a direct flight to Sevilla and in about 1.5 hours, step out of Sevilla airport into sunnier weather and the land of flamenco. We’ll […]
12 days
All Months 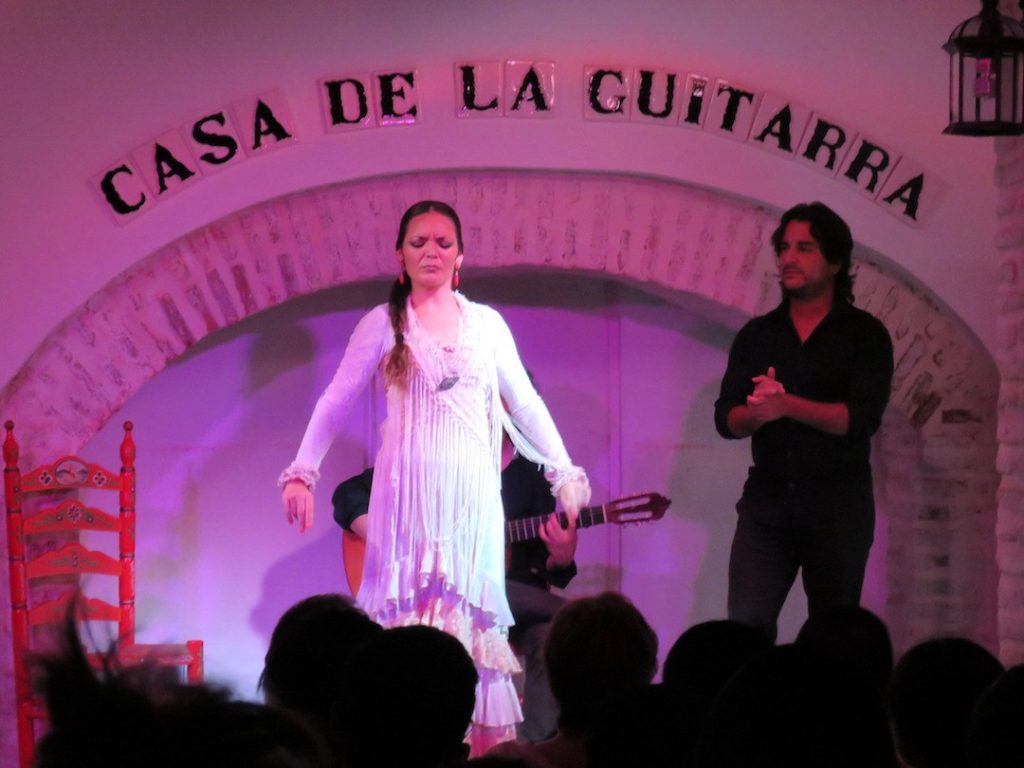 Wake up in Sevilla, once the royal port for all ships arriving with riches from the Americas.
Your guide will meet you for a morning walking tour. Begin at the city walls, passing the Murillo Gardens with several stops in Barrio Santa Cruz, the background to the opera “Carmen”. See the Alcazar fortress, Plaza de España, the Cathedral from the outside and the Giralda prayer tower. Your tour will end at a local luthier – see how classical guitars are made and even purchase one if you like, to take home.

Meet your driver in the hotel lobby for the drive south of Sevilla through the mountains. Discover a small corner of Spain where traditional village life goes on as it has for thousands of years. Begin at Zahara de la Sierra, birthplace of Arab noblemen, conquistadors and bandits. Your guide will tell you some of the local legends before visiting an olive mill for a tour and tasting. Next stop on your guided tour is the tiny village of Grazalema, a town within a natural park.

Finally, we’ll take a break for lunch just outside Ronda with a tour and wine tasting at a countryside winery. After lunch, take a late afternoon tour of Ronda, the birthplace of bullfighting. Go inside the bullring to step into the matador’s shoes. Later cross the New Bridge spanning a plunging gorge that separates Ronda’s New and Old Quarters. Once across the bridge, your guide will continue the tour down cobblestone streets into the Collegiate Church and Don Bosco’s medieval palace. Return to Sevilla. Meet your driver in the hotel lobby for the drive to Jerez, the capital of Sherry and dancing horses. We’ll begin with a walking tour of the Alcazar and old town. Next, head to the Royal Equestrian School to see the dancing horse show. Finish your time in Jerez at Bodegas Diez Mérito with a sherry tasting. Continue to the oldest city in Spain. Cádiz dates all the way from Tartessian times and is even mentioned in the Bible as Tarshish, where Jonah was headed on his boat. Visit the Populo Quarters, the new Cathedral, Plaza de las Flores, the central market, Playa de la Caleta and the Roman theater. Make sure to try fresh seafood. Return to Sevilla in the afternoon. 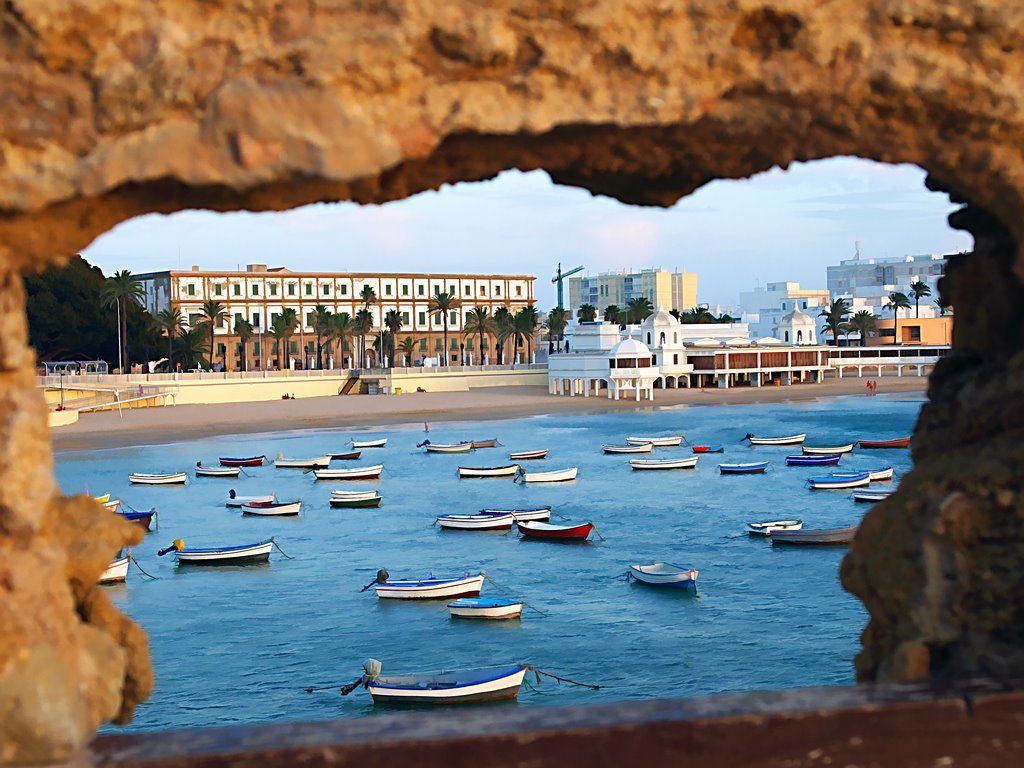 We’ll have a driver take you to Sevilla Airport to catch a direct flight to Valencia. Another driver will pick you up and take you to your hotel. Take this day on your own. Your guide will meet you at your hotel. Begin with a panoramic biking tour of the City of Arts with its futuristic buildings and parks. Later follow your guide through Valencia’s old town past the Market, Merchant’s Exchange, the Cathedral with its Miguelito Tower and Plaza de la Virgen. Finish the morning at the Central Market where you can get a tapas lunch. 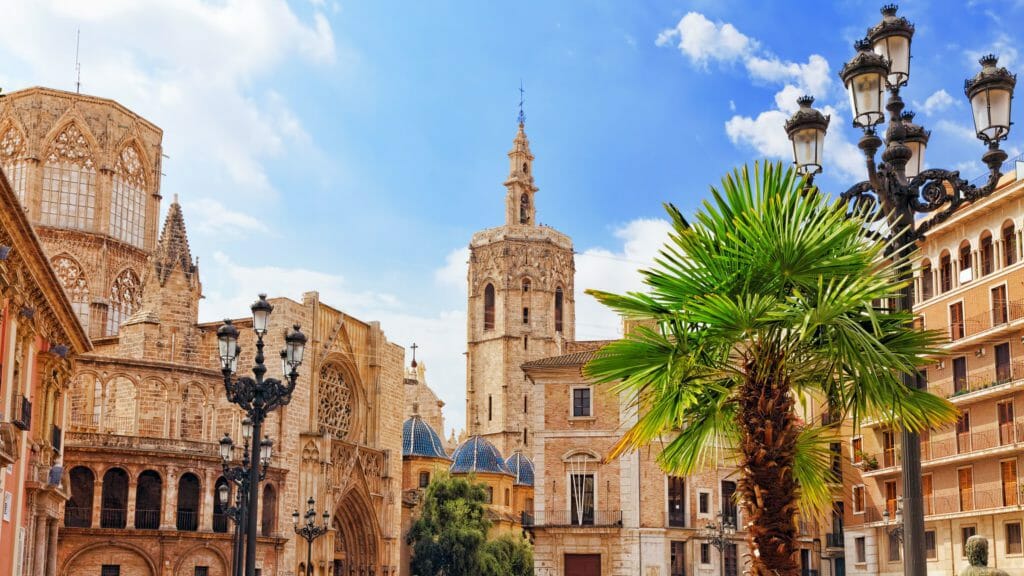 Meet your driver for the short ride to Albufera Natural Park. Your chef and group will receive you in a classic Valencia farmhouse. Spend the morning slicing, dicing and sizzling rice as you learn to make paella. Pair it with mistela wine and a coca for dessert. In the afternoon, take a boat ride on Albufera lake. Return to your hotel in the evening. 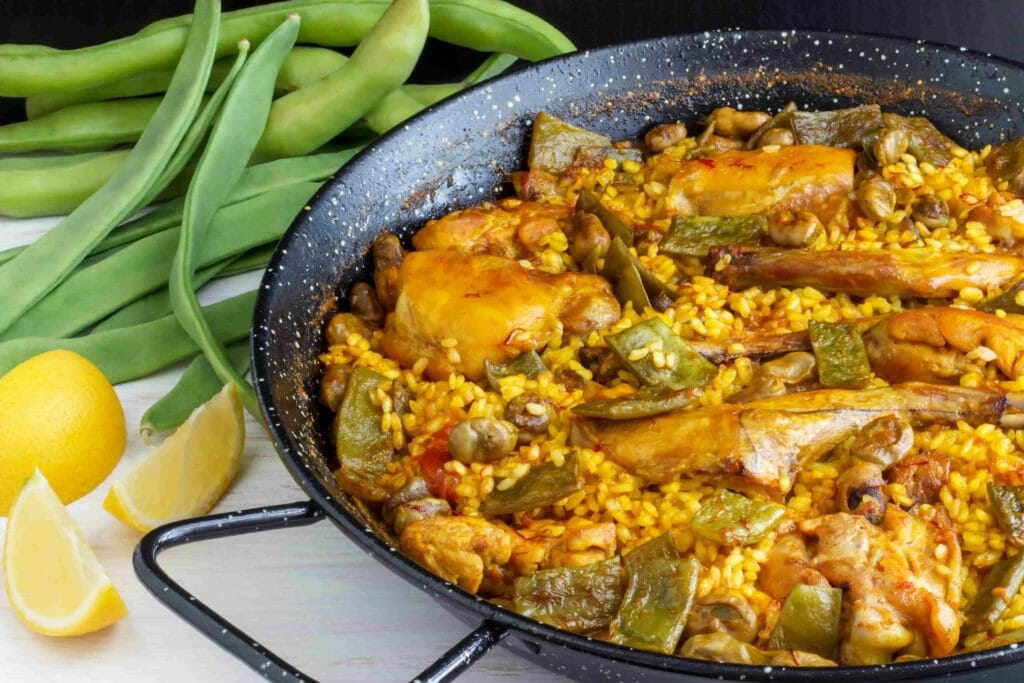 Catch the morning train from Valencia. Your guide will be waiting in the station as you arrive in Xátiva. Walk through the cobblestoned old town past boutiques, bakeries and cafés. Slowly make your way up to the castle with stops at the Arc Daurat sculpture and in the Jardin del Beso. Enjoy the views out over the city and the valley below. Return to Valencia by train in the afternoon. Meet your driver for the short ride to one of Spain’s most beautiful towns. Explore the castle and city walls with your guide. Go back further in time as you discover prehistoric paintings in the nearby María la Vella caves, a UNESCO site. Return to Valencia after lunch. Meet your driver for the ride to Cuenca. Drive up to the old town, where you’ll see the famous hanging houses, protected by UNESCO. See the ruins of the Moorish castle below. Stroll down charming cobblestone streets to enter the cathedral. Have lunch on your own at the San Pablo convent – now a Parador. Continue to Madrid in the afternoon.

Hotel in Madrid: Only You Boutique 4* Meet your driver for the ride to Barajas airport.