“The time I leave is in my hand, I know not when I return”. -Saying from Sepharad DAY 1 – BARCELONA Arrive at El Prat airport and meet your driver as you leave customs.  We’ll take you to your hotel […]
16 days
All Months

“The time I leave is in my hand, I know not when I return”. -Saying from Sepharad

Arrive at El Prat airport and meet your driver as you leave customs.  We’ll take you to your hotel to drop off your luggage and spend the day on your own. Tomorrow your tour of Jewish Spain begins! Explore the beauty of Barcelona on a complete visit of the exquisite Catalan city. See the city’s most iconic sites, beginning with a panoramic driving tour of the Passeig de Gracia Boulevard, past Parc Güell, Pedrera Gaudí House, La Rambla and the Born district.  Stop at the Sagrada Familia to get a better look inside this fabulously designed building. Finish the tour with a stroll through the Jewish Quarters or El Call, as they were called during the middle ages. Along your walk stop in at the El Call Center of Interpretation on the site of an ancient synagogue. End the tour at Boquería Market, where your guide will introduce you to local cuisine. In the afternoon, tour the Gaudì sites on your own. Catch the AVE to Girona.  Here we’ll have a guide and driver waiting to take you to the pretty medieval village of Besalu.  Begin your tour at the 12th century mikvah (ritual Jewish bath), one of the only three from the same period that have been kept in Europe.  Near the Mikvah, see where there was once a synagogue. Nowadays, there nothing remains of the synagogue, although the city has kept its memory alive, by calling the spot where it used to stand, “Pla dels Jueus” or Plaza of the Jews. Return to Girona. This city during the Middle Ages was a very important Jewish center and it still has the best preserved and most important Jewish quarter in Spain.

From its main street, once a Roman Road, walk beneath archways and between stone buildings that take you back in time.   In the heart of the quarter visit the Bonastruc Ca Porta Centre, which recreates Jewish life through art exhibits, musical events and food tastings. Surrounding a patio on the site of an ancient synagogue, the complex includes a Catalan Museum of Jewish Culture, the Institute for Sephardic and Kabbalistic Studies, and a library that houses important medieval Jewish manuscripts. Return to Barcelona by AVE in the late afternoon. 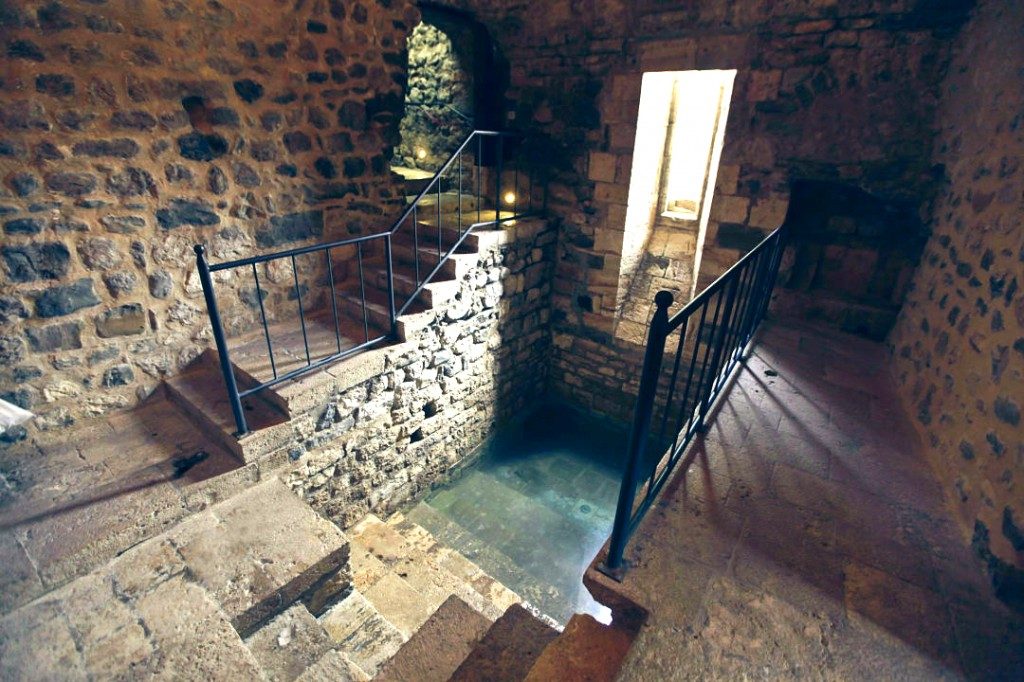 Catch the high-speed AVE train across the country to Madrid, arriving in 2.5 hours. Check in at your hotel. Meet your guide here for a walking tour of El Prado Museum and through streets and squares belonging to the times of the Hapsburg royalty and the 15th century.  Pass the Royal Palace, Royal Theater and Opera.  Your guide will tell you the legends and history of the commoners and nobility during the Spanish Renaissance. A few other stops along the way are the Tower of Lujan, San Miguel Market, and Plaza Mayor, where bullfights once were held. Along the way, stop in classic tapas bars and taverns for a full dinner paired with local wine. Catch the train to Segovia, a medieval gem that boasts of a 2000-year-old Roman aqueduct, a Gothic Cathedral and a castle. Meet your guide under the aqueduct (known to still carry water!) and walk up Cervantes Street to the Gothic turrets of the cathedral. Follow your guide through the tangle of narrow streets around Plaza Mayor that make up the Jewish Quarters and listen to hair-raising stories of Torquemada and the Inquisition. If the synagogue is open this day, we can reserve a visit. Later, you’ll descend outside the city limits to the castle below; a beautiful 11th century fortress that supposedly inspired the design of the Disney castle. Take some time on your own for lunch before returning to Madrid. 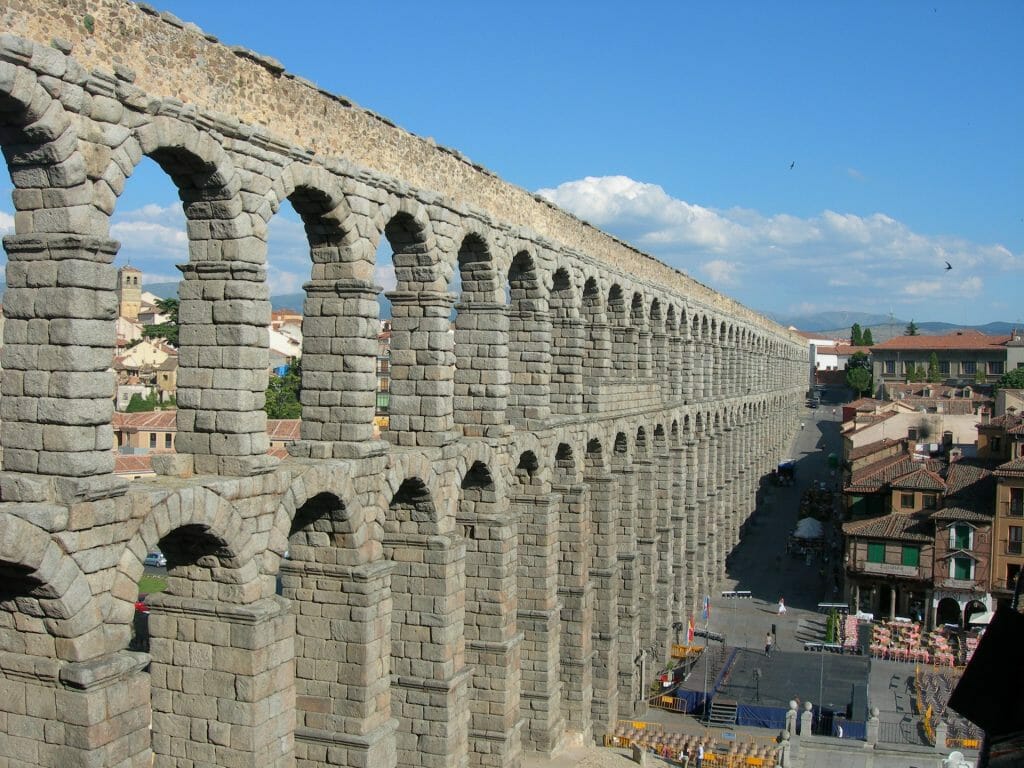 Catch the train to Ávila. The protective walls and towers encircling the town date from the 12th century. Take in the view as you follow your guide along the top of the walls. Head into the Jewish Quarters next, to visit Ávila’s cathedral.  This city was the birthplace of St. Theresa of Jesus, a converted Jew, who later had mystic visions.  The cathedral has become a place of pilgrimage for her followers. Return to Madrid with your driver after lunch. As your last day trip from Madrid, visit the ancient capital Toledo with a driver.  Notice how the entire city crowns onto a high, rocky perch protected by the Tajo River.  Your guide will meet you at the city gates before leading you through the Old Town and Jewish Quarters.  Visit the Gothic Cathedral, San Juan de los Reyes Convent, Santa María la Blanca Synagogue and Tránsito Synagogue. Along the way, your guide will tell you the story of Toledo’s 3 religions and people groups that lived in harmony during a time when the rest of the country was at war. Finish the day with a wine tasting lunch at a family-run winery.

Catch another AVE south to Andalucía, the land of flamenco.  Arrive in Sevilla, once the royal port for all ships arriving with riches from the Americas.  Your guide will be waiting at your hotel to take you on a walking tour.  Begin at the city walls, passing the Murillo gardens and entering the small labyrinth of Barrio Santa Cruz – the Jewish Quarters.  Also visit the Alcazar, Cathedral and Giralda. End your tour at Casa de la Memoria in the Old Town for a non-touristy flamenco show. 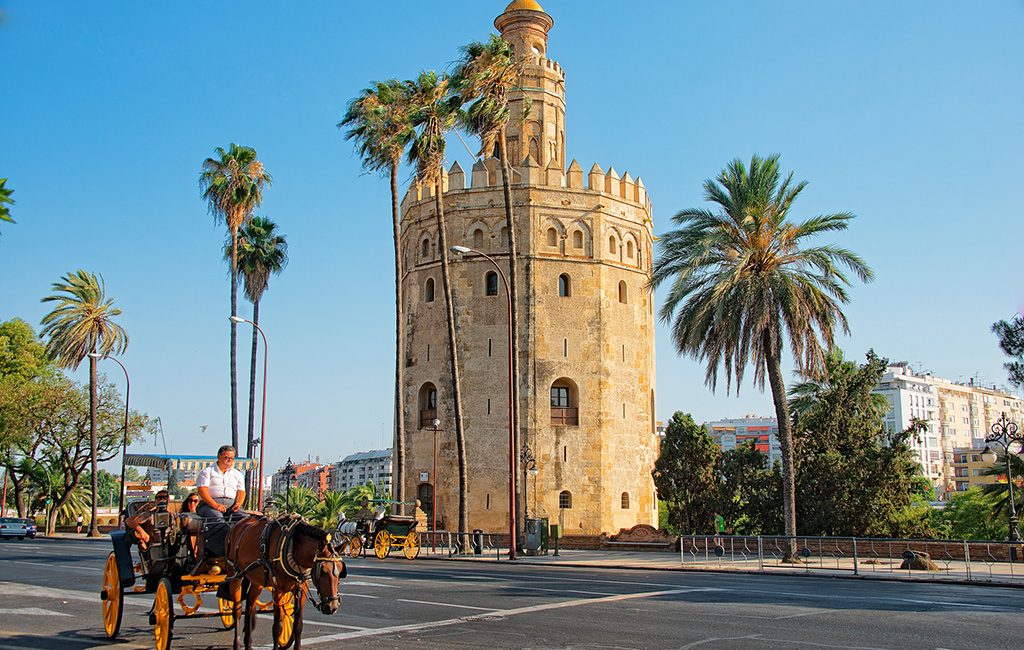 Catch the train to Córdoba. Your guide will be waiting by the Alcazar de los Reyes Cristianos to begin your tour of what was once the most culturally advanced city in Europe.  Enter the mosque, converted into a cathedral after the Reconquest in 1236 and listen to the stories of sultans and commoners who built it together.  Wander the Jewish Quarters, known for their jewelers, strolling among the whitewashed houses and red gardenias.  Your guide will explain why the Jews lived in such cramped quarters.  You’ll be able to visualize their customs at the Sephardic House.  End the tour of Córdoba with a visit to a tiny, medieval synagogue where the physician and philosopher Maimonides once worshipped. Return to Sevilla in the afternoon.  In the evening, walk over to Calle Aires for an Arab Bath Experience in the Jewish Quarters. 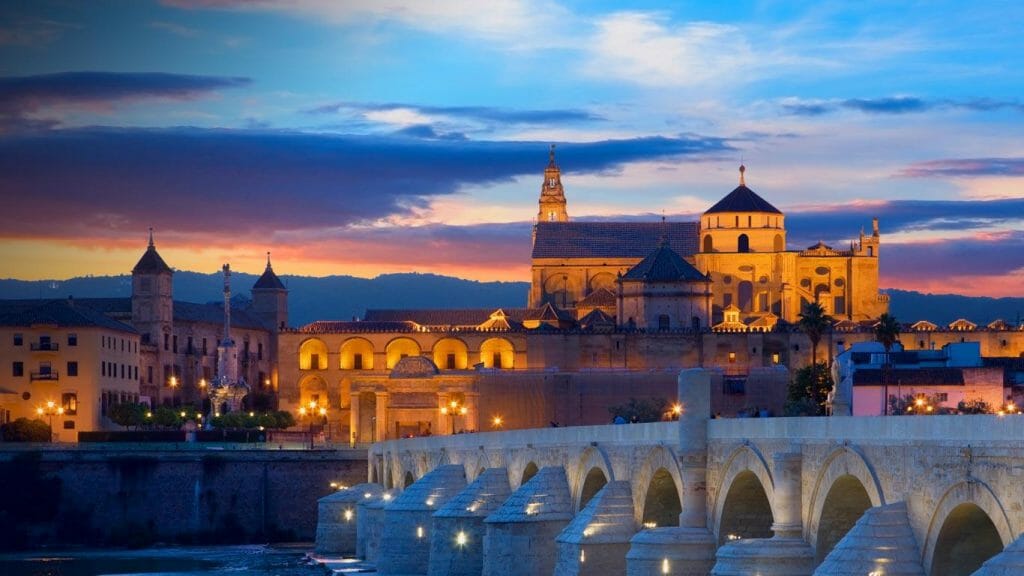 Meet your driver in the hotel lobby for the ride to Granada, the last Moorish stronghold in Spain till 1492.  Your guide will be waiting at the Alhambra.  We’ll go back 900 years to visit the 11th wonder of the world.  The Gardens of Paradise, Alcazar Fortress and renowned Nasrid Palaces are just some parts of the Alhambra that you’ll visit on tour.  As you enter the Patio of the Lions, listen to the legend that these marble statues are actually of Jewish origin.  As you leave the Alhambra, descend through the Realejo Jewish Quarters and finish your tour with a visit to the Palace of the Forgotten Sephardic Museum. Return to Sevilla in the late afternoon.

Meet your driver for the ride to Sevilla Airport.  Catch a flight directly to Lisbon, where we’ll have another driver waiting to take you to your hotel. Your guide will pick you up in the afternoon for a food and wine tour. Begin with a visit to San Jeronimo Monastery and Belem Convent where you can try the famous Belem pastries. Learn about Lisbon’s café culture near Rossio Plaza, try codfish cakes, stop at a wine bar in Bairro Alto for the local white wine. Visit the Mouraria, Alfama and Castle Hill to see the best views of the city and discover Lisbon’s best sausages and cheeses, paired with a glass of port. Finish with a meal in one of Lisbon’s traditional restaurants. 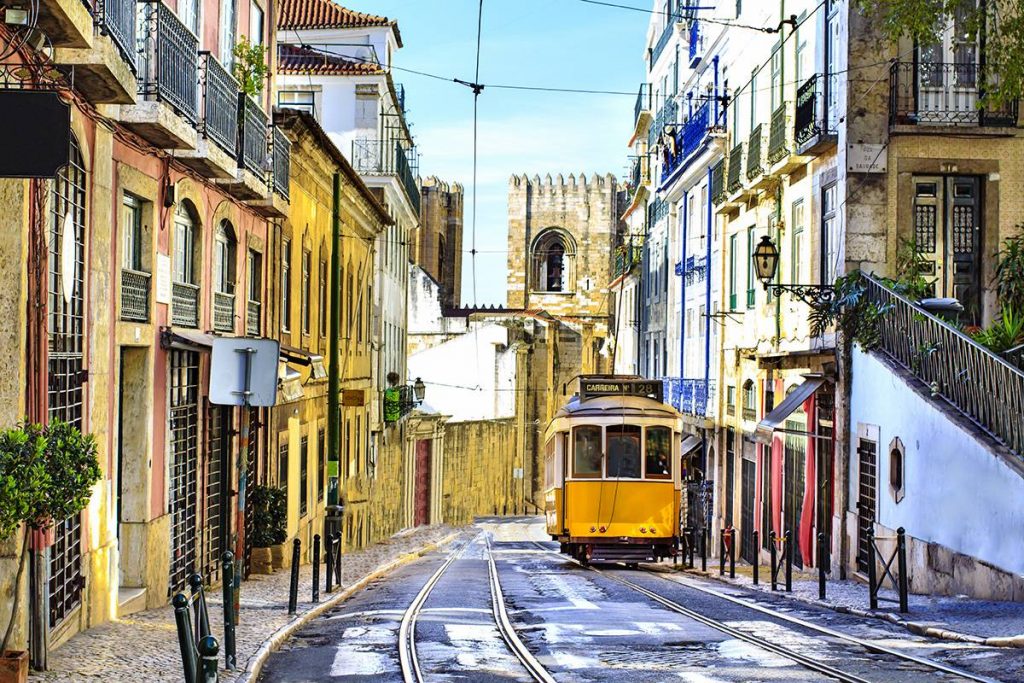 Meet your driver for the ride east of Lisbon. Begin the day at some of Evora’s Megalith sites: Cromelech of Almendres and Dolmen of Zambujeiro.  View similar stone arrangements as Stonehenge and a burial site that have been in existence for more than 7000 years. Later drive on to Evora for an afternoon tour.  Discover Giraldo’s Square, Diana’s Temple, the Moura Gates, city walls and the Bone Chapel.  Walk through what was once the Jewish Quarters. Finish the day with a meal at a classic restaurant with wine pairing. Return to Lisbon in the afternoon.

Meet your driver for the ride north towards Porto.  Along the way, we’ll stop in a collection of important Portuguese towns.  First on the list, Obidos, a charming Moorish village just outside Lisbon.  Walk through the old town and see the castle.  Our next stop is Tomar – the home to the Convent of Christ, a Templar Castle.  Follow your guide through the Jewish Quarters and visit the Abraham Zacuto Museum – once the synagogue. Continue north to Coimbra to visit the famous UNESCO University.  Enter the halls where Portugal’s best have studied for centuries.  Also visit the Joanina Library, with its mahogany desks and Baroque ceiling paintings. Peruse the books, many more than a hundred years old. Climb up the university’s tower before heading into the old town for a walking tour. Arrive in Porto in the evening. Your guide will meet you at the hotel. Take a food tour of the old town and see the fishermen’s village. Visit the Jewish Cemetery, then walk down to the Douro River for a port tasting followed by a boat ride on the river, passing under all the bridges. Meet your driver for the ride to Porto airport, leaving Sepharad behind.

Sepharad – Jewish Spain and Portugal
Manage Cookie Consent
To provide the best experiences, we use technologies like cookies to store and/or access device information. Consenting to these technologies will allow us to process data such as browsing behavior or unique IDs on this site. Not consenting or withdrawing consent, may adversely affect certain features and functions.
Manage options Manage services Manage vendors Read more about these purposes
View preferences
{title} {title} {title}