Game of Thrones Tour of Spain and Portugal

Day 1 – Barcelona – Barri Gòtic Begin your Game of Thrones tour today! Arrive at El Prat airport and meet your driver as you leave customs. We’ll drop you off at your hotel and give you a few hours […]
15 days
All Months

Begin your Game of Thrones tour today! Arrive at El Prat airport and meet your driver as you leave customs. We’ll drop you off at your hotel and give you a few hours to get acclimated. In the late afternoon, meet your guide in the hotel lobby for a walking tour through Barcelona’s oldest quarters. Discover the hidden face of the city in symbols and signs that a typical tourist wouldn’t notice or be capable of deciphering. Our guide will begin your initiation into this mystic symbolism and tell you some of Barcelona’s most famous legends. Along the way, stop into classic tapas bars and taverns for a light dinner of pintxos and wine. 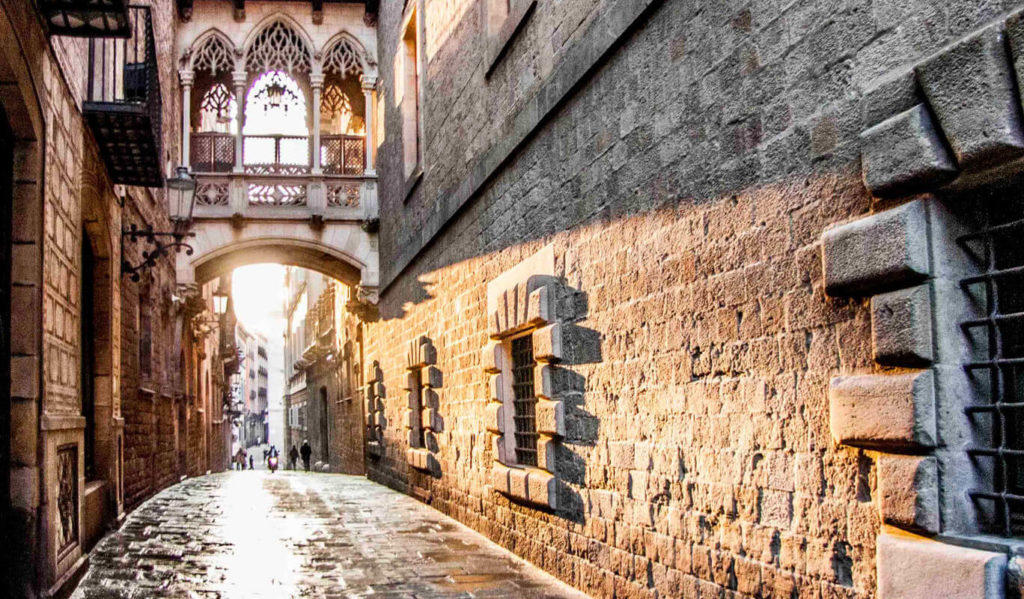 Explore the beauty of Barcelona on a complete biking visit of the exquisite Catalonian city. The guided tour will show you the city’s most iconic sights, beginning with a panoramic ride down the Passeig de Gracia Boulevard, past Parc Güell, both Gaudí houses, las Ramblas and the Born district. See the Ramblas and Boquería Market. Finish the day with a visit to the Sagrada Familia. Meet your driver at the hotel for the ride up the coast. Here we’ll have a guide and driver waiting for you in the pretty medieval village of Besalú with a drawbridge. Begin your tour at the 12th century mikvah (ritual Jewish bath), one of the only three from the same period that have been kept in Europe. Near the Mikvah, see where there was once a synagogue. Walk through the old town and continue to Girona.

This city during the Middle Ages was a very important Jewish center and it still has the best preserved and most important Jewish quarter in Spain. From its main street, once a Roman Road, walk beneath archways and between stone buildings that take you back in time. You’ll recall Arya peddling in the streets alongside the marketplace while blind, after having lost her sight to the House of Black and White, while serving The Many-Faced God. Upon reaching the cathedral, you find the familiar sight of the grand stairs leading to the doorway beneath a billowing baroque façade. The cathedral was used as the Great Sept of Baelor, the religious center of the Seven Kingdoms, which Cersei Lannister destroys in an explosion of wildfire at the end of Season Six. Return to Barcelona in the late afternoon. In the morning, we’ll drive you over to Sants to catch the train across northern Spain. Arrive in San Sebastian about midday and check in at your hotel. Meet your guide in the hotel lobby in the early evening to take you on a walking tour one of the most romantic cities in Spain. See the Romantic Quarters, La Concha Bay, the Port, Kursaal Palace and the Cathedral. Along the way, stop in at several famous pintxo bars to experience the city’s pintxo culture over dinner.

We recommend Ondarreta Beach, La Concha or Zurriola. If you are a strong swimmer, you can make it out to the island in the middle of the bay. In the afternoon, we’ll have tickets to the funicular up Monte Igueldo where the kids can hop on historical park rides.

Meet your driver for the ride along the coast to Bilbao. We’ll make stops at film sites along the way. You’ll take a step back into Westeros when stopping at Zumaia, seeing where Khaleesi took her first steps along Itzurun Beach in Game of Thrones. You continue along the coast to San Juan de Gaztelugatxe, a 9th-century hermitage erected on a small outcropping isthmus. As you arrive in Bilbao, meet your guide just outside the Guggenheim Museum for a tour of this century’s art. Catch the funicular up Monte Artxanda for views of the city below. Later, follow your guide along the river into the Old Town for a tour of the 7 streets. Complete the day with a gourmet Basque meal at a Michelin-starred restaurant. Return to San Sebastian in the afternoon. 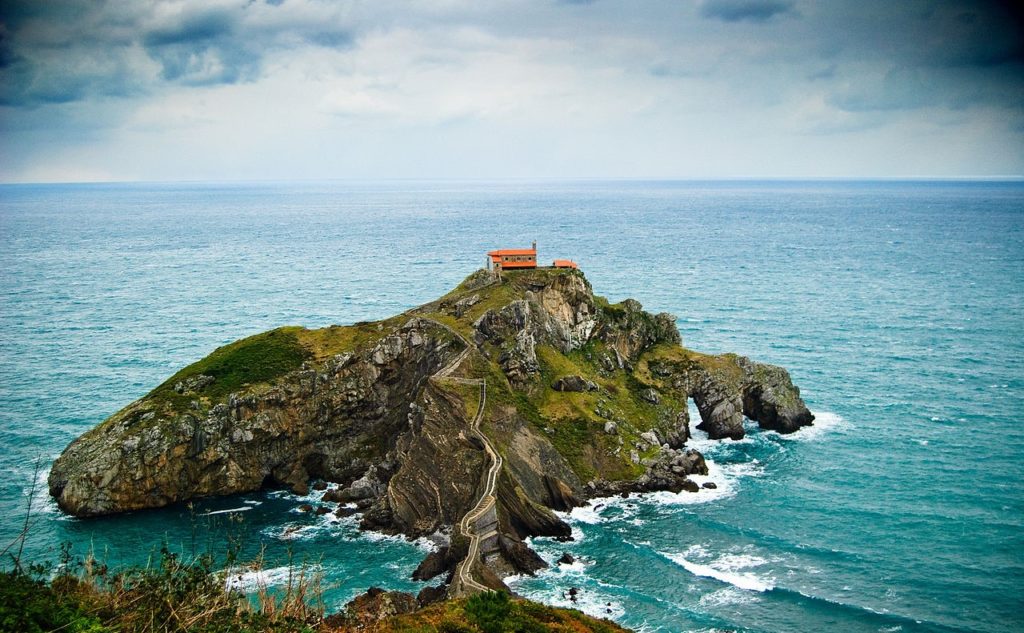 Meet your driver for the ride south to La Rioja. Your guide will be waiting in Laguardia for a visit to Bodegas Ostatu, a family-run winery in Samaniego. You’ll taste wines with an appetizer. Walk to Laguardia to discover the cozy and charming streets of this amazing town from the Middle Ages. Learn some of its ancient history. Along the way, join the locals on their pintxos and tapas crawl at the best bars in town. After lunch, meet your guide for a drive through La Rioja’s vineyards in a 4×4. Return to San Sebastián in the evening. Your driver will take you to Bilbao Airport for your short flight to Seville. The city appears in Game of Thrones as the city of Dorne, crowned in Season Six by the remarkable Alcazar, one of the few remaining royal residences in Spain. Check in at your hotel and meet your guide after lunch for a biking tour. Begin at the city walls, passing the Murillo gardens and entering the small labyrinth of Barrio Santa Cruz. Also see the Cathedral and Giralda. End your tour with an in-depth visit of the Alcazar palaces and gardens. Meet your driver for the short ride to Córdoba. Your guide will be waiting on the Roman 1st century bridge that appears in Game of Thrones. Begin your tour of what was once the most culturally advanced city in Europe. Enter the mosque, converted into a cathedral after the Reconquest in 1236 and listen to the stories of the sultans and commoners who built it together. Wander the Arabic Quarters, less famous than their Jewish counterparts but equally beautiful, strolling among the whitewashed houses and red gardenias. Take some time on your own for lunch. Next, head back towards Sevilla to visit Itálica Roman Ruins. You’ll see the amphitheater where the undead are revealed to Cersei in the Dragon Pit. 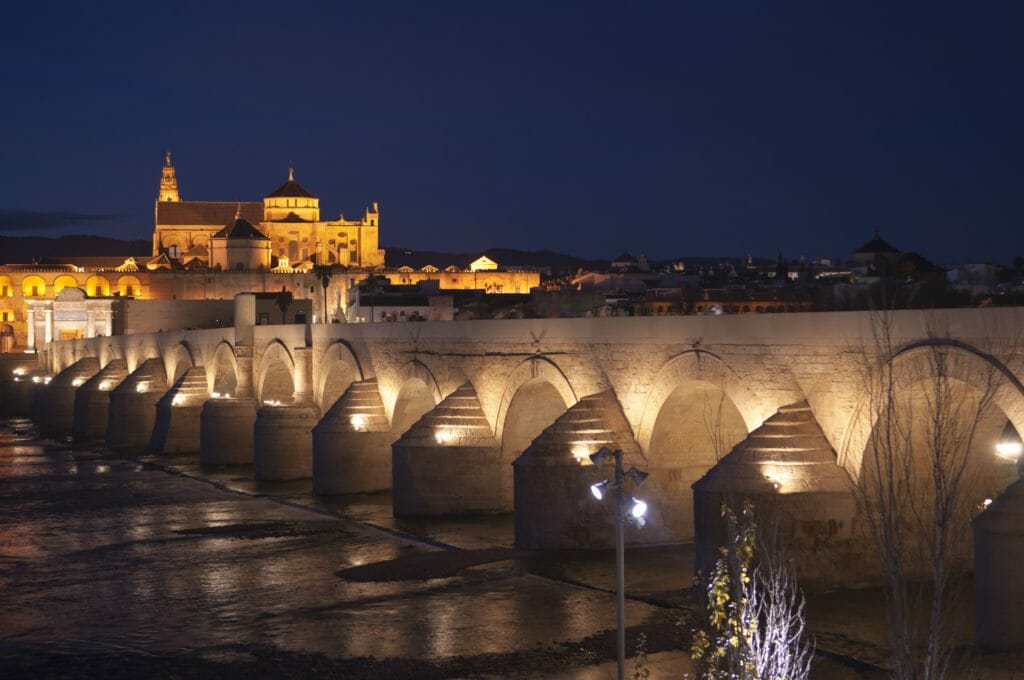 Meet your driver for the ride into Portugal. We’ll stop along the way in Doñana Natural Park where you’ll take an easy, beginner’s horseback ride through the marshlands with a picnic. Keep an eye out for the Iberian lynx and pink flamingos. Arrive at your hotel in Albufeira in the evening.

Spend the day on the beach walking under natural arches and huge rock formations. Head down to Albufeira port and hop on a boat tour heading out to sea. Border the coast as you glide along. Visit the fascinating sea caves, a beach accessible only by water and see dolphins if you’re lucky! 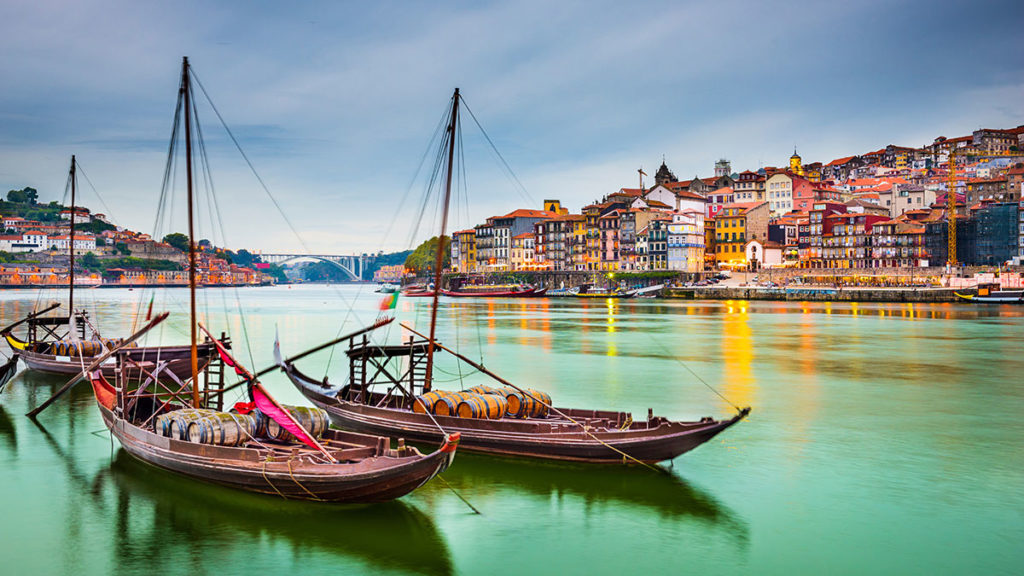 Meet your driver for the ride to Lisbon. Check in at your hotel and rest some before meeting your guide in the afternoon for a walking food tour. Learn about Lisbon’s café culture near Rossio Plaza, try codfish cakes, stop at a wine bar in Bairro Alto for the local white wine. Visit Castle Hill to see the best views of the city and discover Lisbon’s best sausages and cheeses, paired with a glass of port.

Meet your driver for the ride north. Along the way, we’ll stop in a collection of important Portuguese towns. First on the list, Obidos, a charming Moorish village just outside Lisbon. Walk through the old town and see the castle. Our next stop is Tomar – the home to the Convent of Christ, a Templar Castle high above the tiny town. Finally, stop off at Nazaré to see the 7-layered skirt fishwives and the biggest waves in the world. Return to Lisbon in the evening.

Meet your driver for the ride to Lisbon Airport.

Game of Thrones Tour of Spain and Portugal
Manage Cookie Consent
To provide the best experiences, we use technologies like cookies to store and/or access device information. Consenting to these technologies will allow us to process data such as browsing behavior or unique IDs on this site. Not consenting or withdrawing consent, may adversely affect certain features and functions.
Manage options Manage services Manage vendors Read more about these purposes
View preferences
{title} {title} {title}