See the highlights of the short Spanish Protestant Reform in the 1500’s on Camino a Santiponce. Protestant heritage tour priced for 2 adults DAY 1- MADRID TO VALLADOLID Arrive at Barajas Airport and meet your driver as you leave customs […]
10 days
All Months

See the highlights of the short Spanish Protestant Reform in the 1500’s on Camino a Santiponce.

Arrive at Barajas Airport and meet your driver as you leave customs for the ride to Valladolid. We’ll drop you off at your hotel and give you the day to get acclimated. Begin the Camino a Santiponce! In the morning, begin your first guided tour, the Heretic’s Walk. Your guide will accompany you back through the years to a time of Kings, Queens and the Spanish Inquisition. Today’s tour will tell you the story of Dr. Cazalla, King Phillip II’s confessor and monk who was burned at teh stake after studying and sharing Martin Luther’s 95 Theses. Walk through Plaza Mayor, the city center in the 16th century, past the unfinished Cathedral that towers over Valladolid, and finish the tour at the house where Christopher Colombus breathed his last.

Meet your driver just outside the hotel for the short drive to Salamanca. We’ll make a stop along the way at Valdecuevas Winery and Olive Oil Press. Tour the vineyards and oil press before sampling a variety of the vintages and oil over lunch. Check in at your hotel in Salamanca and enjoy the evening on your own. 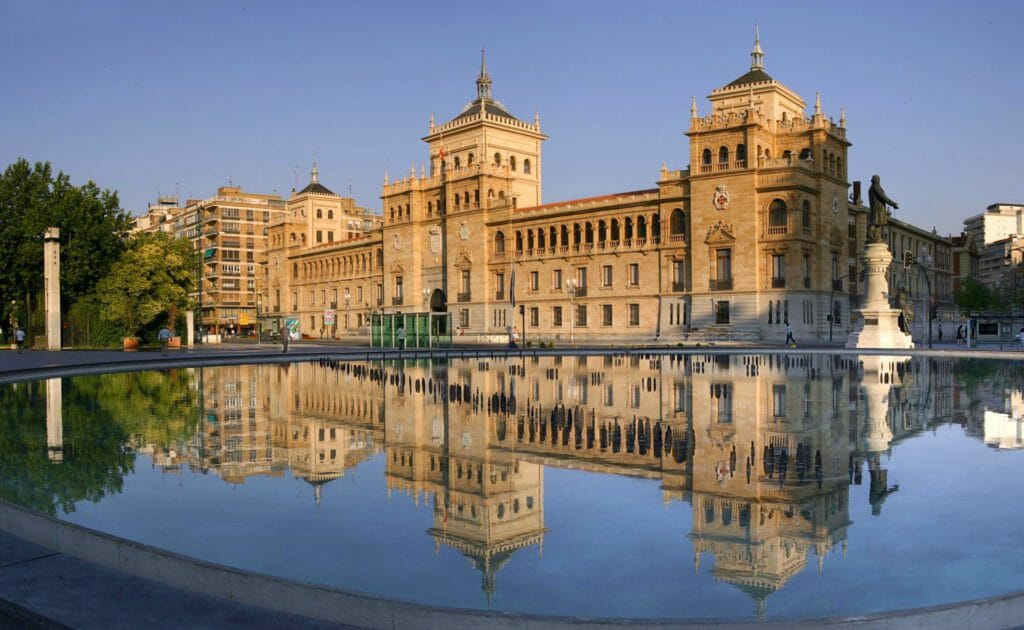 Meet your guide at the hotel to begin an afternoon walking tour. Salamanca is the home to Spain’s oldest University and during the 16th century quite a few Protestant professors taught classes here. We’ll visit the Reformatión’s Alma Mater. Next on the tour is the Museum of Masonry where we’ll discover the story of how Spain’s dictator Franco had one of Salamanca’s most beloved Protestant pastors accused of heresy and shot. Follow your guide into the Old Town, passing the New and Old Cathedral and Casa de las Conchas. Today we are at the halfway point on your Camino a Santiponce. Meet your driver for the ride to Toledo. Notice how the ancient capital towers over the Tajo River as you approach. Check in at your hotel and meet your guide in the lobby. Walk through the Old Town and Jewish Quarters. Visit the Gothic Cathedral, Archbishop’s Palace and nearby San Juan de los Reyes Convent. Along the way, your guide will tell you the story of Toledo’s 3 religions and people groups that lived in harmony during a time when the rest of the country was at war.

End the tour at Sta. María la Blanca Synagogue and Cristo de la Luz Mosque. Your guide will point out the buildings where the Spanish Inquisition ensured the harmony of the religions came to an abrupt end. Finally, you’ll have some free time in the Old Town before heading into the countryside for an early wine pairing dinner at a family-run winery.

Meet your driver in the hotel lobby for the transfer to Atocha train station. Today you’ll leave northern Spain for Andalucía on the high-speed AVE train. In a little under 2 hours, step out of Córdoba station into sunnier weather and the land of flamenco. Check in and meet your guide in the hotel lobby to begin your tour of what was once the most culturally advanced city in Europe.

Enter the mosque, converted into a cathedral after the Reconquest in 1236 and listen to the stories of the sultans and commoners who built it together. Wander the Jewish Quarters, known for their jewelers, strolling among the whitewashed houses and red gardenias. Your guide will explain why the Jews lived in such cramped quarters and explain some of their customs. End the tour of Córdoba at one of the few remaining synagogues in Spain. Enjoy the rest of the afternoon on your own. 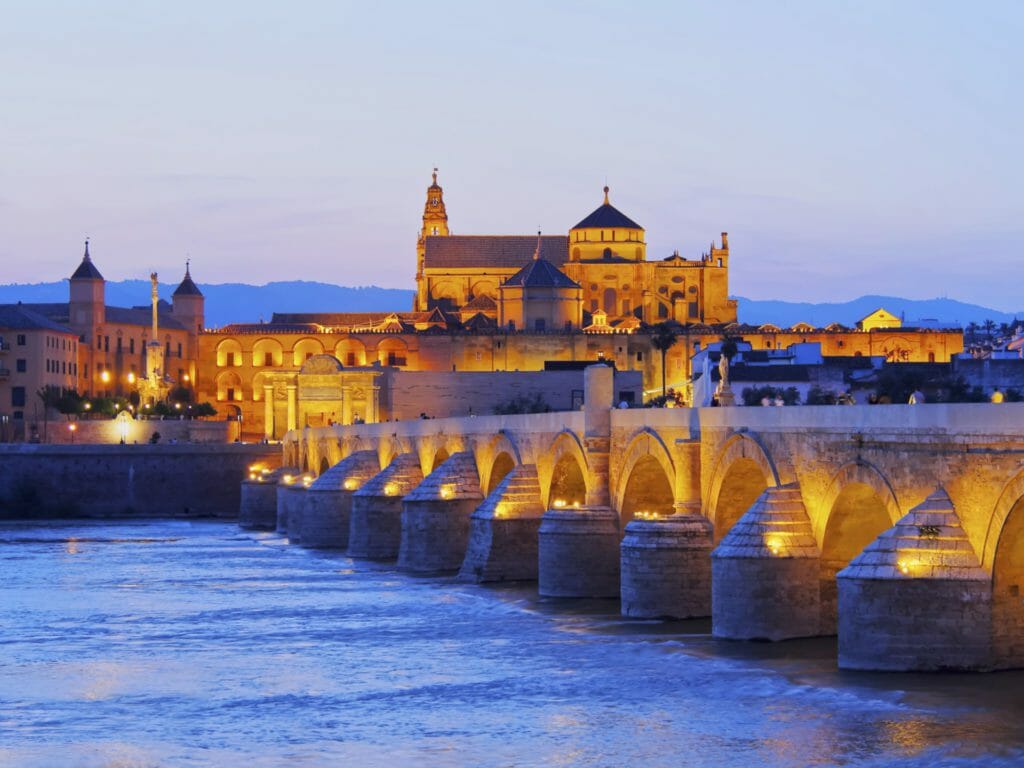 We’ll drive just outside Córdoba to a nearby horse ranch. Saddle up and follow your trail guides into the Sierra Morena, commemorating the smugglers who brought Bibles by this route to Sevilla from Germany. End the day with lunch and a dancing horse/wrangling show at a countryside ranch.

Meet your driver in the hotel lobby for the short drive to Sevilla. Today we’ll walk the same route as those Protestants accused and executed by the Spanish Inquisition. Begin at the city walls, passing the Murillo Gardens and walking through Barrio Santa Cruz. See the Cathedral and the Giralda prayer tower. End the day with a river cruise on an electric boat. Head outside Sevilla to the small town of Santiponce. Here a group of monks studied the Bible, taught the populace in Spanish and worked to translate the sacred text into Spanish for the first time. Lunch today in a typical Sevillano restaurant. Return in the afternoon to Sevilla.

Meet your driver for the ride to Santa Justa train station. Leave Sevilla behind as you return north to Madrid. In the afternoon we’ll wrap up the tour with a visit to El Prado Museum and a walking tour of the center of 16th century Madrid. This walking tour will lead you streets and squares belonging to the times of the Hapsburg royalty. Pass the Royal Palace, Royal Theater and Opera. Your guide will tell you the legends and history of the commoners and nobility during the Spanish Renaissance. A few other stops along the way are the Tower of Lujan, San Miguel Market, Plaza Mayor where bullfights were once held and Plaza de España. 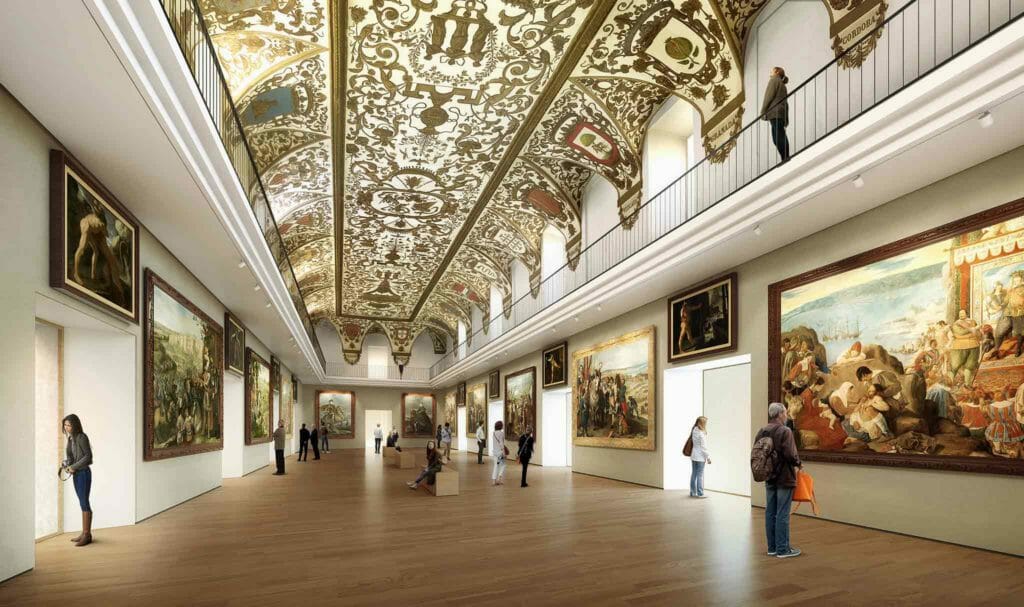 Meet your driver outside your hotel for the ride to Barajas airport.

Book this Camino a Santiponce tour!