“The time I leave is in my hand, I know not when I return”. -Old saying from Barcelona Tour priced for 2 adults – ask for other quotes DAY 1- BARCELONA Arrive at Barcelona airport. Meet your driver as you […]
10 days
All Months

“The time I leave is in my hand, I know not when I return”.
-Old saying from Barcelona

Tour priced for 2 adults – ask for other quotes

DAY 1- BARCELONA
Arrive at Barcelona airport. Meet your driver as you exit customs. Drop your suitcases at the hotel and explore the beauty of Barcelona on a complete visit of the exquisite Catalonian
city. The guided walking tour will show you the city’s most iconic sights, beginning with a panoramic tour of the Passeig de Gracia Boulevard, past Parc Güell, both Gaudí houses, las
Ramblas and the Born district. Stop at the Sagrada Familia and the Gaudí Houses to get a better look at the inside of these fabulously designed buildings. Finish the day on your own
in the Gothic Quarters. 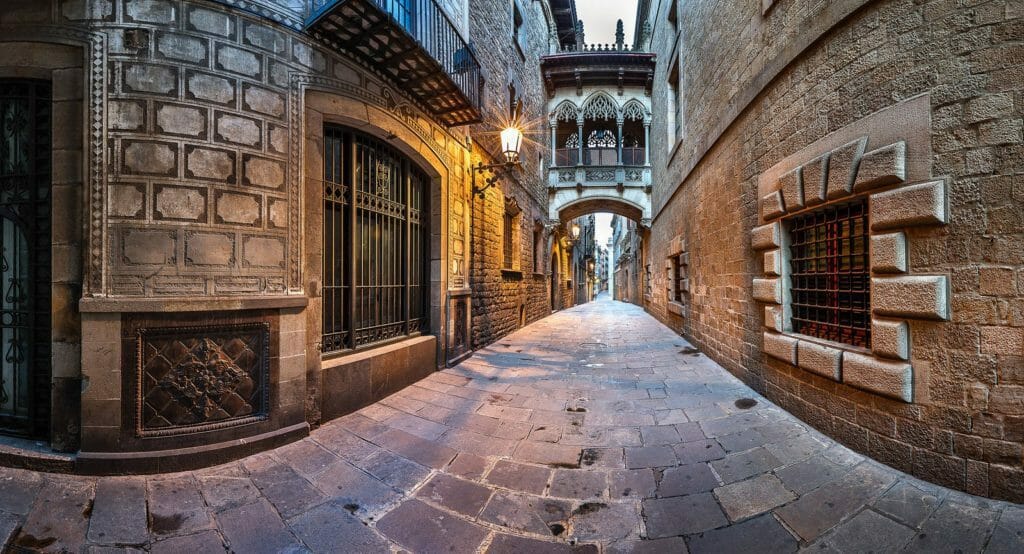 DAY 3- FREIXENET
Catch the train from Plaza Catalunya to Freixenet cava wine cellars. Your local guide will share some history of the family-run business as you descend to the old cellars and discover
how cava wine is made. Hop on a small train that will traverse part of the 12 miles of underground tunnels before arriving at the tasting hall. Here your guide will lead you in a
sampling of some of Freixenet’s best cavas. Return to Barcelona in the afternoon. DAY 4- VALENCIA ON YOUR OWN
Head over to Barcelona Sants to catch the train down the eastern coast of Spain. Tour the city on your own. We suggest hiring bikes for a ride through the City of Arts with its futuristic buildings
and parks. Later walk through Valencia’s old town past the Market, Merchant’s Exchange, the Cathedral with its Miguelito Tower and Plaza de la Virgen. DAY 5- GRANADA
Meet your driver for the ride to Valencia airport. Catch a short flight to Granada – the last
Arabic kingdom in Spain until 1492. Your guide will be waiting at the entrance to the
Alhambra. We’ll go back 900 years to visit the 11th wonder of the world. Gardens of
Paradise, Alcazar Fortress and the renowned Nasrid Palaces are just some parts of the
Alhambra Forbidden City that you’ll visit on tour. After leaving the palaces, take some time
to try the tapas in Granada center. 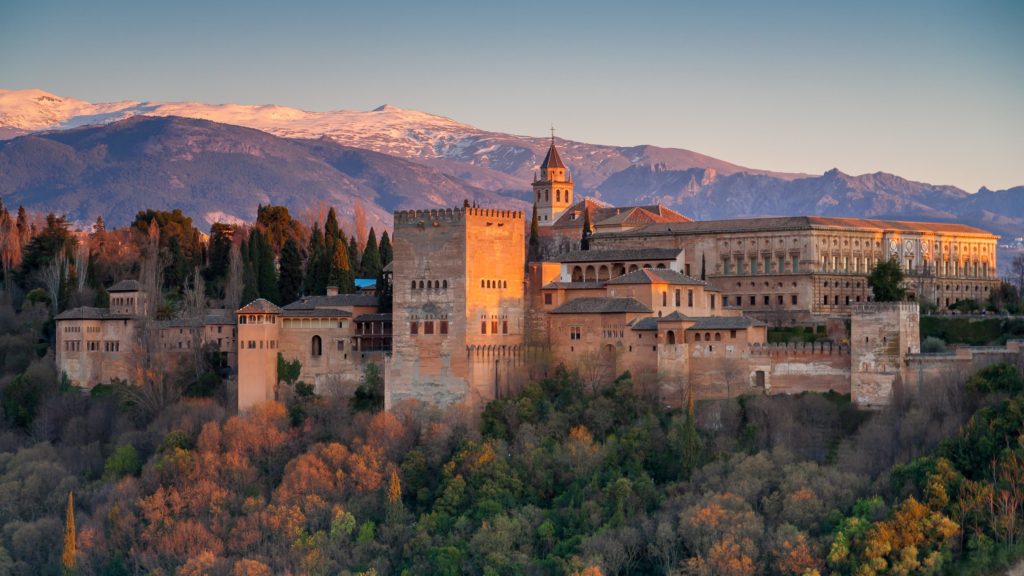 DAY 6- CORDOBA
Meet your driver for the ride what was once the most culturally
advanced city in Europe. Enter the mosque, converted into a cathedral after the Reconquest
in 1236 and listen to the stories of the sultans and commoners who built it together.
Wander the Jewish Quarters, known for their jewelers, strolling among the whitewashed
houses and red gardenias. Your guide will explain why the Jews lived in such cramped
quarters and explain some of their customs. End the tour of Cordoba with a visit to a classic
medieval Jewish home. 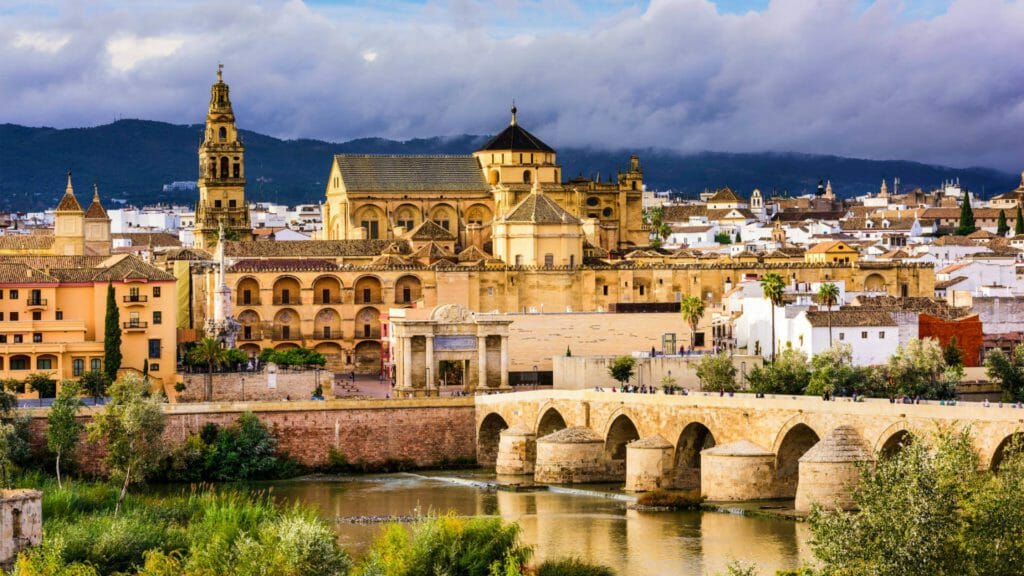 DAY 7- RONDA ON YOUR OWN
Catch the train through the mountains and sunflower country. Discover a small corner of
Spain where traditional village life goes on as it has for thousands of years. Tour this village
on your own. Go inside the bullring to step into the matador’s shoes. Later cross the New
Bridge spanning a plunging gorge that separates Ronda’s New and Old Quarters. Once
across the bridge, continue down cobblestone streets into the Collegiate Church and Don
Bosco’s medieval palace. We’ll have lunch booked for you at a countryside winery. (Driver
will take you here and return you to Ronda to catch the afternoon train back to Córdoba.) DAY 8- SEVILLA
Catch the train to Sevilla, once the royal port for all ships arriving with riches from the
Americas. Your guide will meet you for a morning walking tour. Begin at the city walls,
passing the Murillo Gardens with several stops in Barrio Santa Cruz, the background to the
opera “Carmen”. See the Alcazar fortress, the Cathedral and the Giralda prayer tower. Your
tour will end at the Tower of Gold on the river where you’ll take a slow cruise up and down
the Guadalquivir. Finish the day with an intimate flamenco show at Casa de la Memoria on
Calle Cuna. 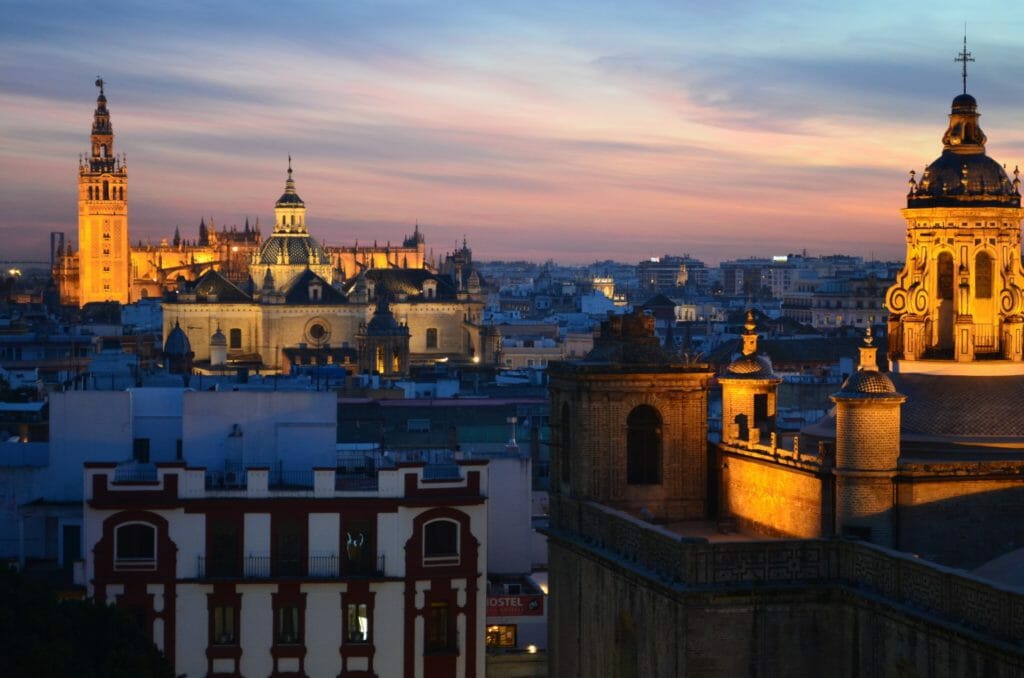 DAY 9- JEREZ DE LA FRONTERA
Catch the train to Jerez. Today, learn about Spanish cuisine from start to finish in the small
town of Jerez de la Frontera. Your guide will meet you near the Alcázar in the old town.
Walk through the local fresh and fish market to purchase the ingredients you’ll cook with.
Continue through the Jewish Quarters and the city center to Bodegas Díez Mérito where the
local sherry is made. Taste and select the perfect vintage to add to your meal. Arrive at a
typical Andalucían home in the center of town. Here your chef will teach you the perfect
combination for mouthwatering Andalusian dishes. Finally dig into your own 3-course
meal, accompanied by local wine. Return to Sevilla in time to catch the afternoon flight
back to Barcelona. We’ll have a driver waiting to take you to your hotel. 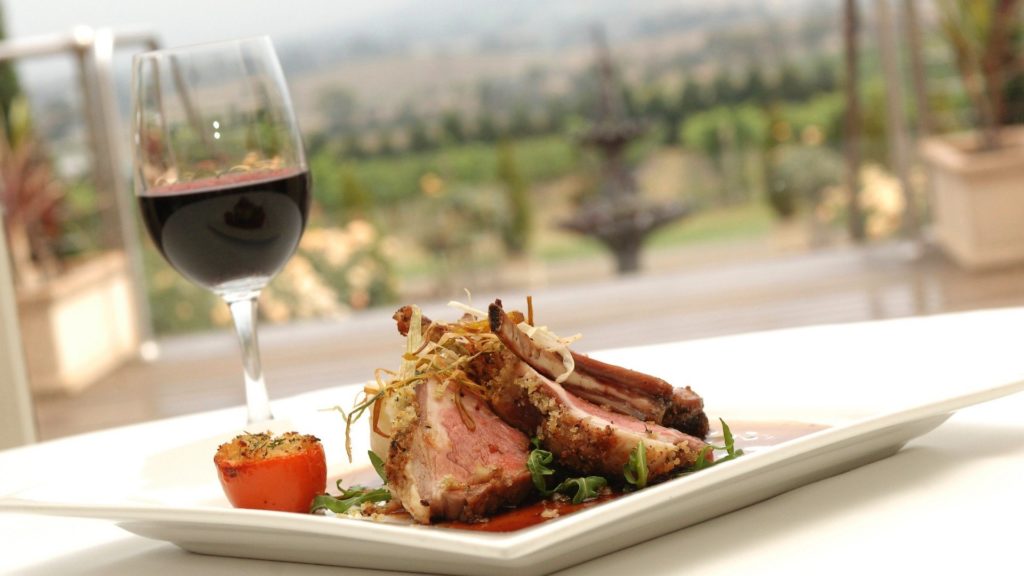 DAY 10- DEPARTURE
Meet your driver for the ride to Barcelona airport.

Click here if you want us to customize this tour for you.

Barcelona, Levant and Andalucia
Manage Cookie Consent
To provide the best experiences, we use technologies like cookies to store and/or access device information. Consenting to these technologies will allow us to process data such as browsing behavior or unique IDs on this site. Not consenting or withdrawing consent, may adversely affect certain features and functions.
Manage options Manage services Manage vendors Read more about these purposes
View preferences
{title} {title} {title}